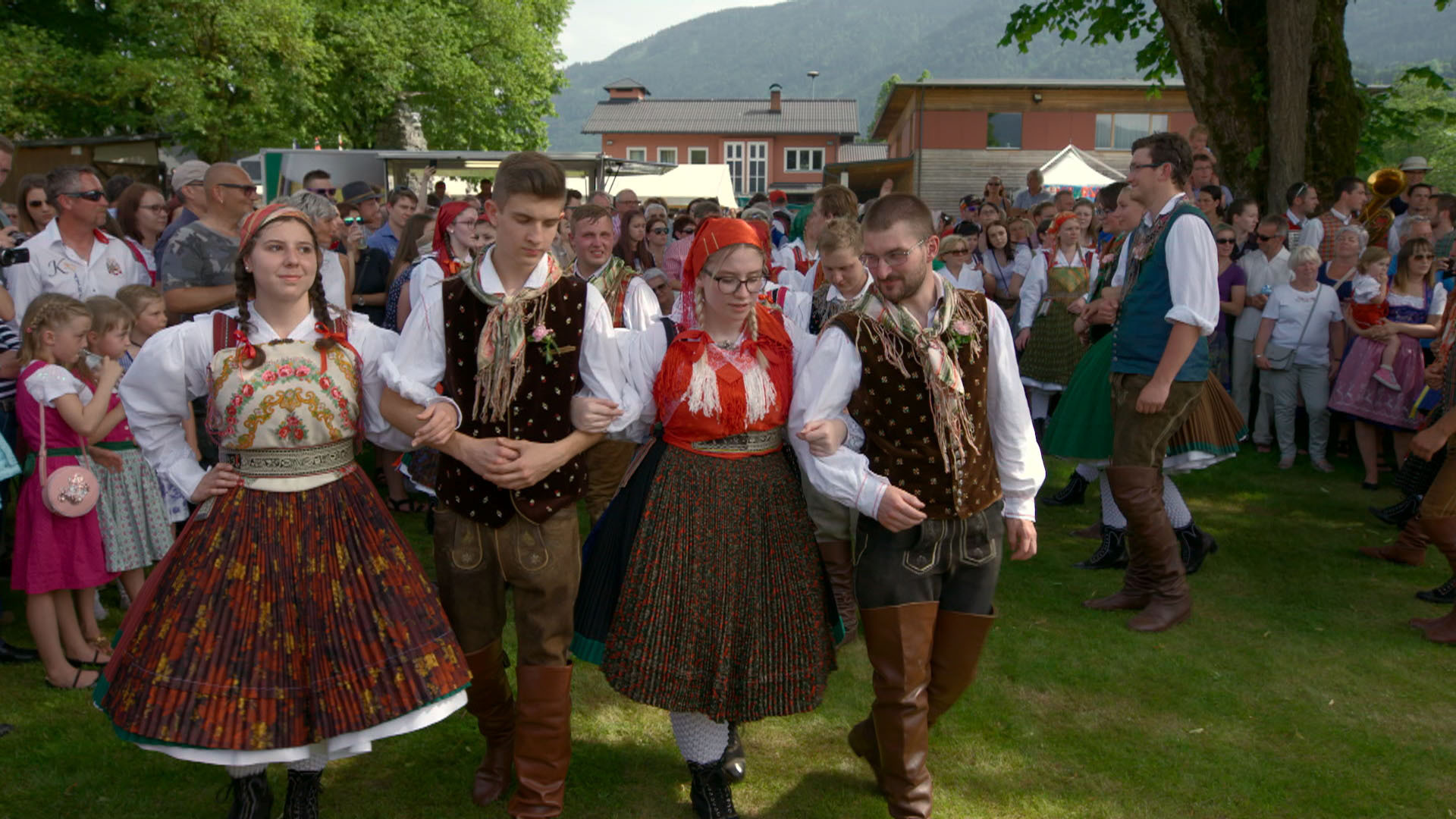 Every Wednesday at 20:15, "Heimat Austria" leads you to the most beautiful cultural landscapes in Austria. Elaborately designed documentaries portray long-lived traditions and customs, explore popular pilgrimage sites and show how culture and nature intermesh in the heart of Europe.

In Heimat Austria the importance of the knowledge of trickle irrigation in the Tyrolean Oberland is shown. Thus, both the carriers of the intangible cultural heritage are interviewed, as well as persons who are closely connected with the tradition such as entrepreneurs, educators or tourism professionals. In doing so, a parallel is drawn from the past (interviews with older people, archive material, ...) to the present and also the question of what significance intangible cultural heritage has for the people in the Tyrolean Oberland in the future. Thus, the film draws a complex picture of a social custom whose preservation is of great benefit to our society.

Since 2009, Clever Contents has been collecting and documenting the list of national intangible cultural heritage sites in Austria with their traditions, rituals, festivals and popular crafts. The cultivation and the preservation of this cultural heritage is essential for the sustainable development of the (rural) regions - due to its contribution to the social identity of its bearers and to the characteristics of the respective cultural sites. In addition, many of these "traditions" are the basis for sustainable regional tourism development. 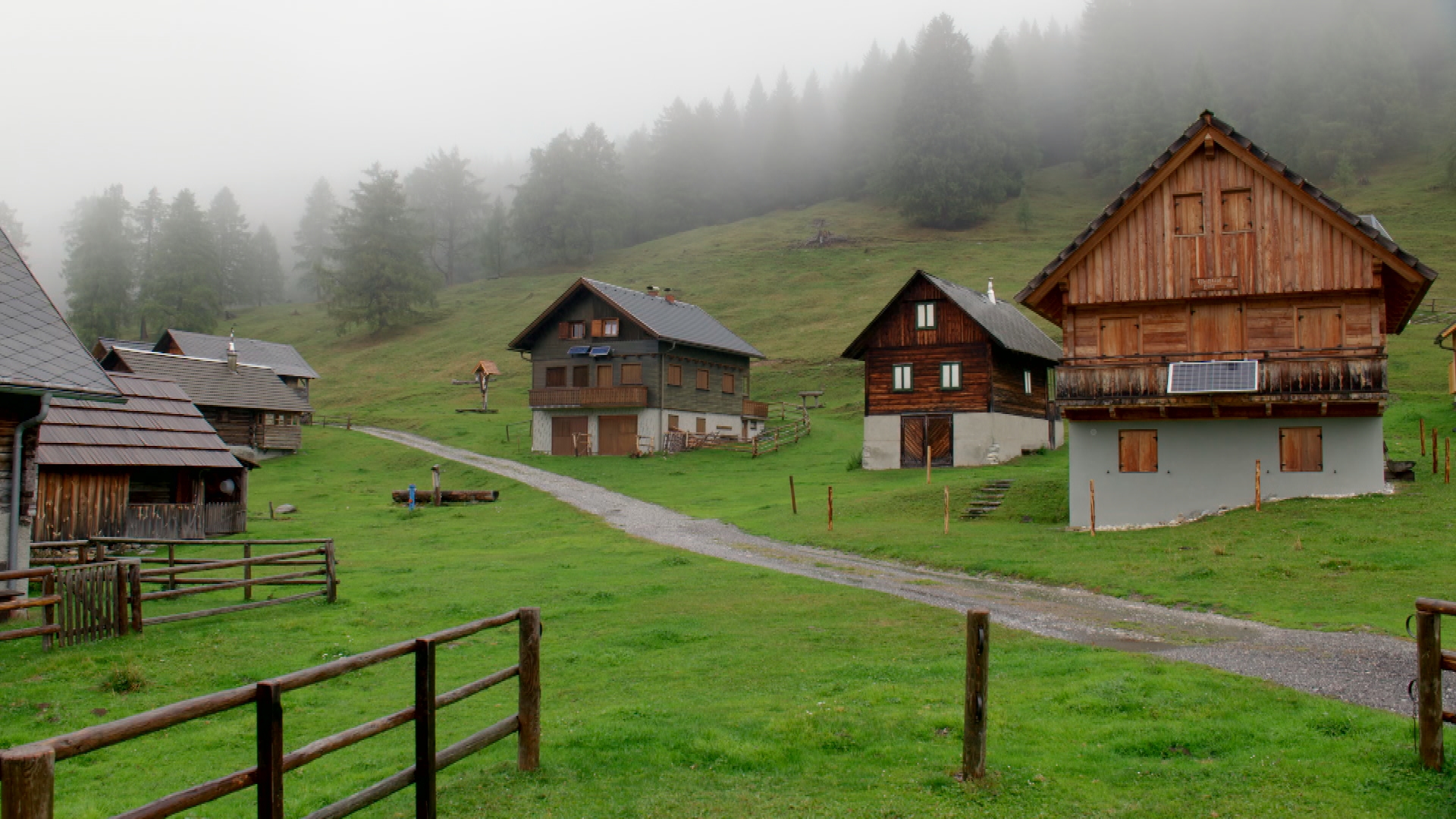 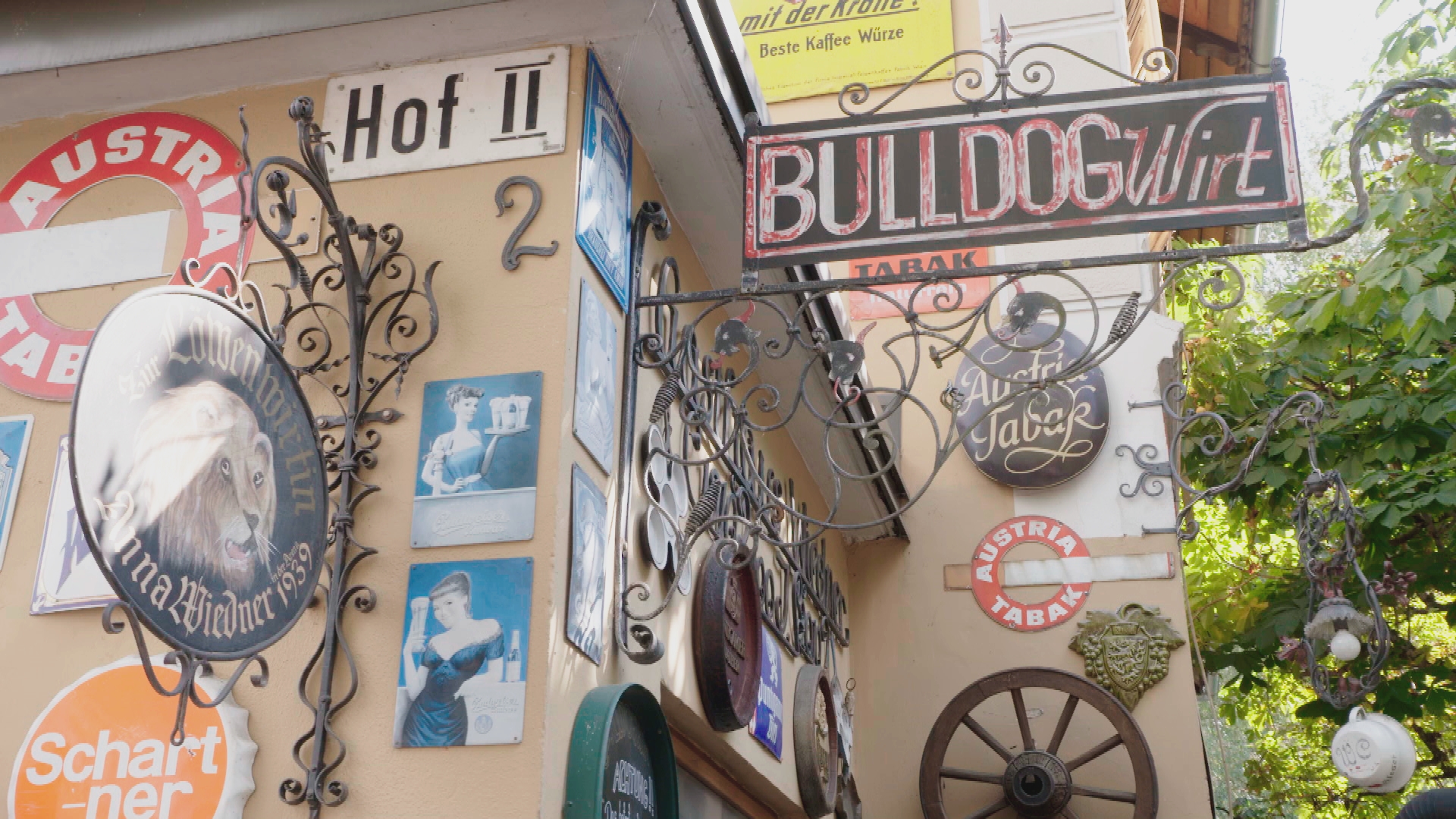 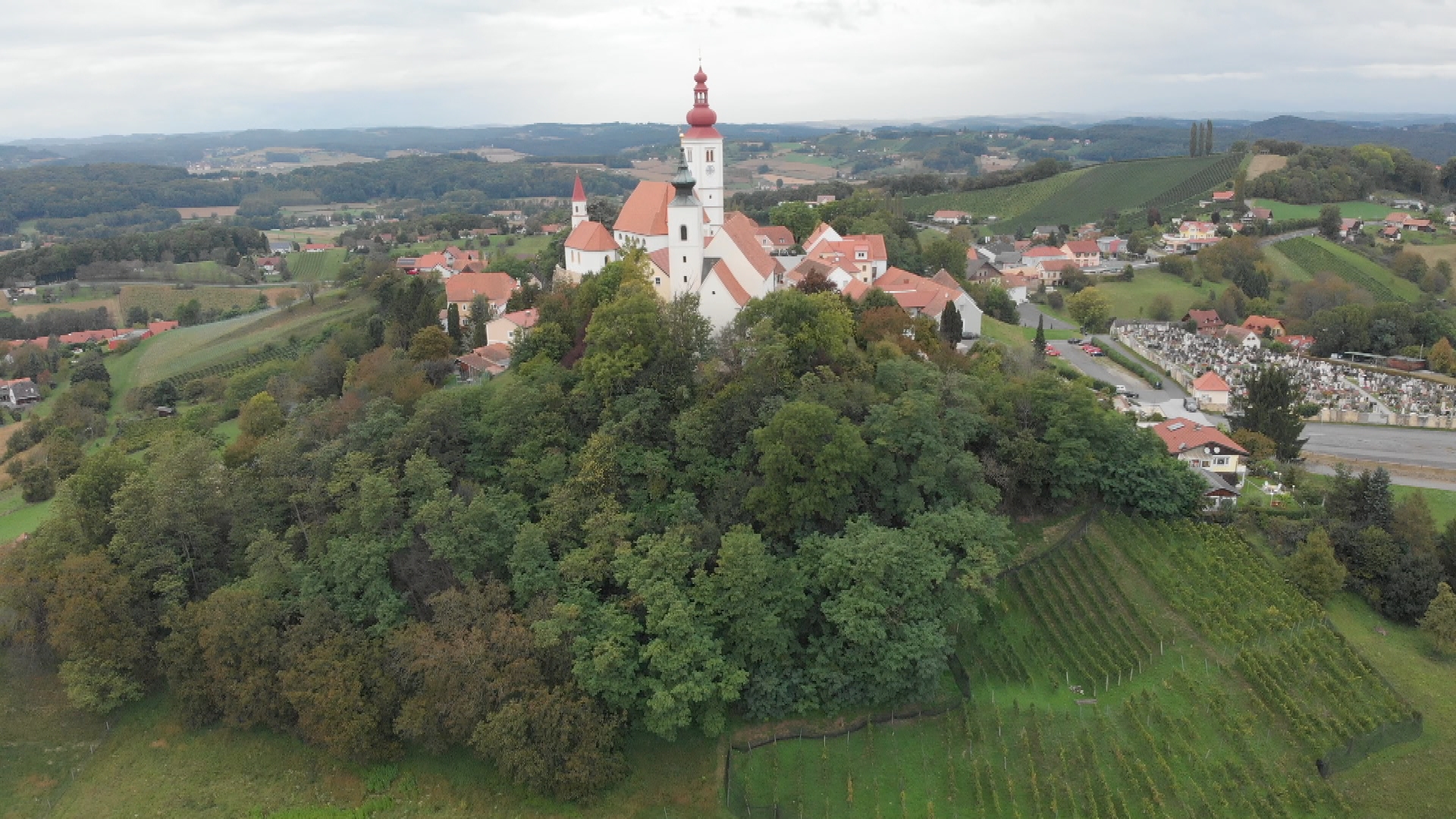 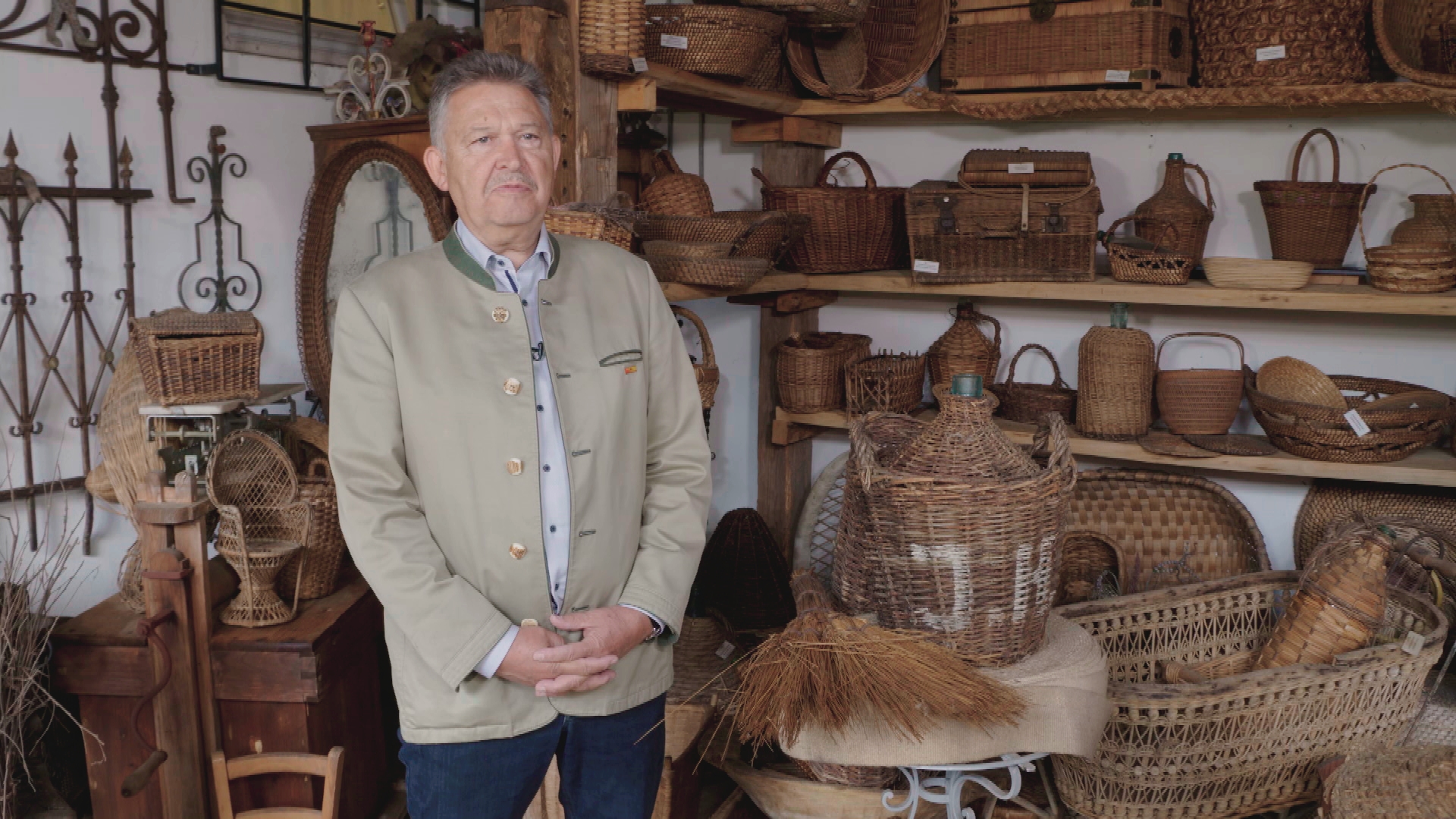 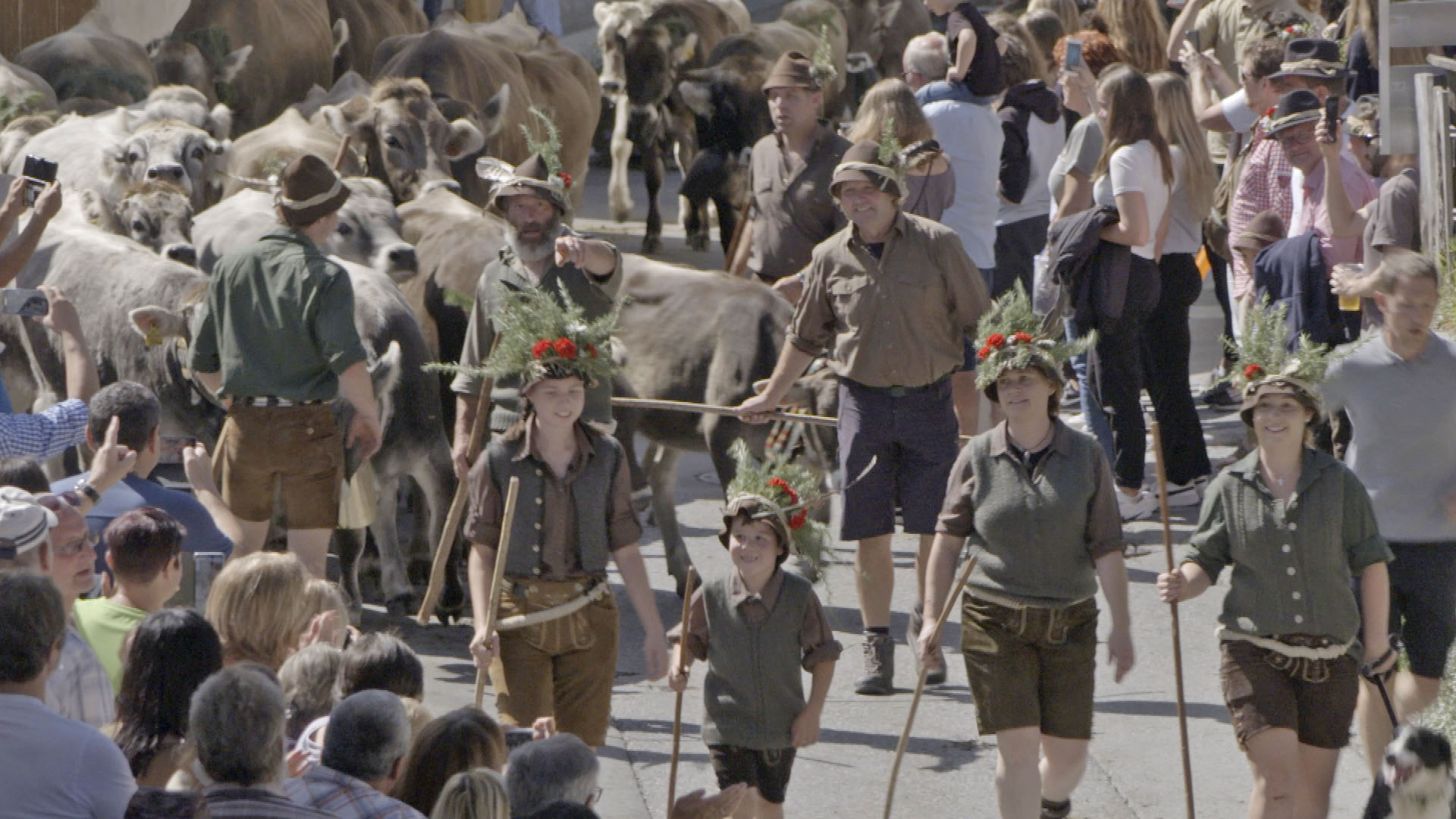 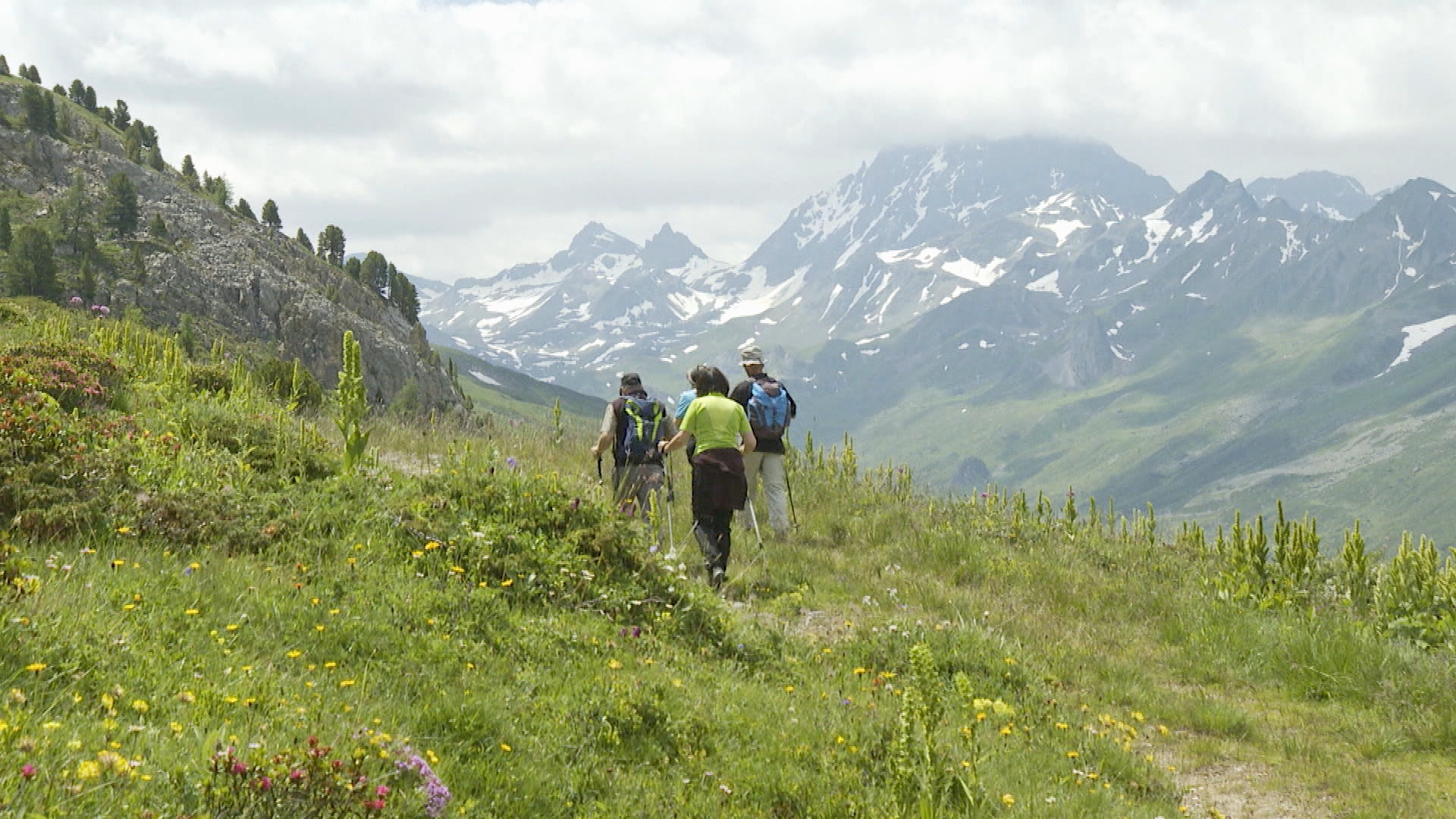 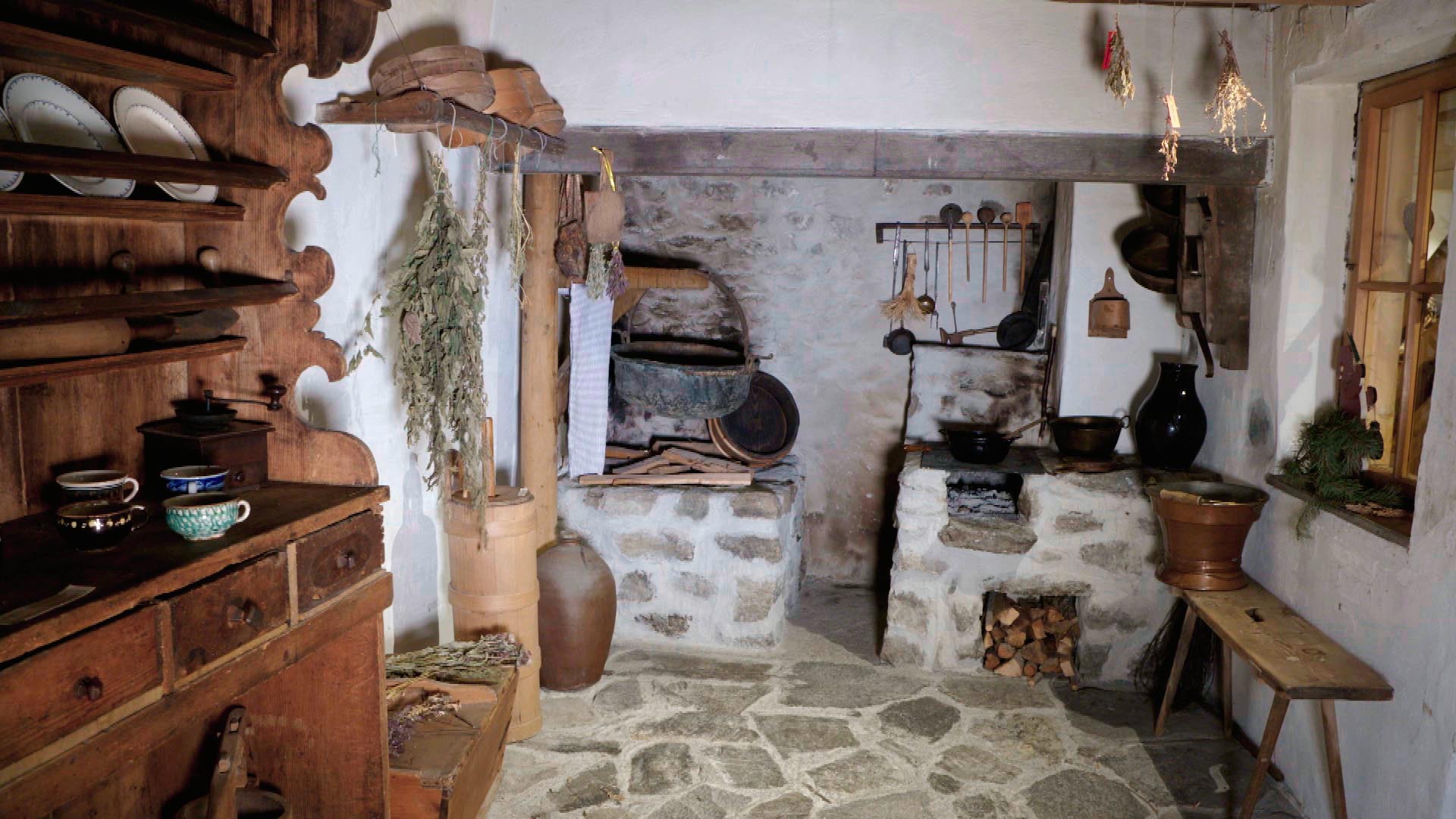 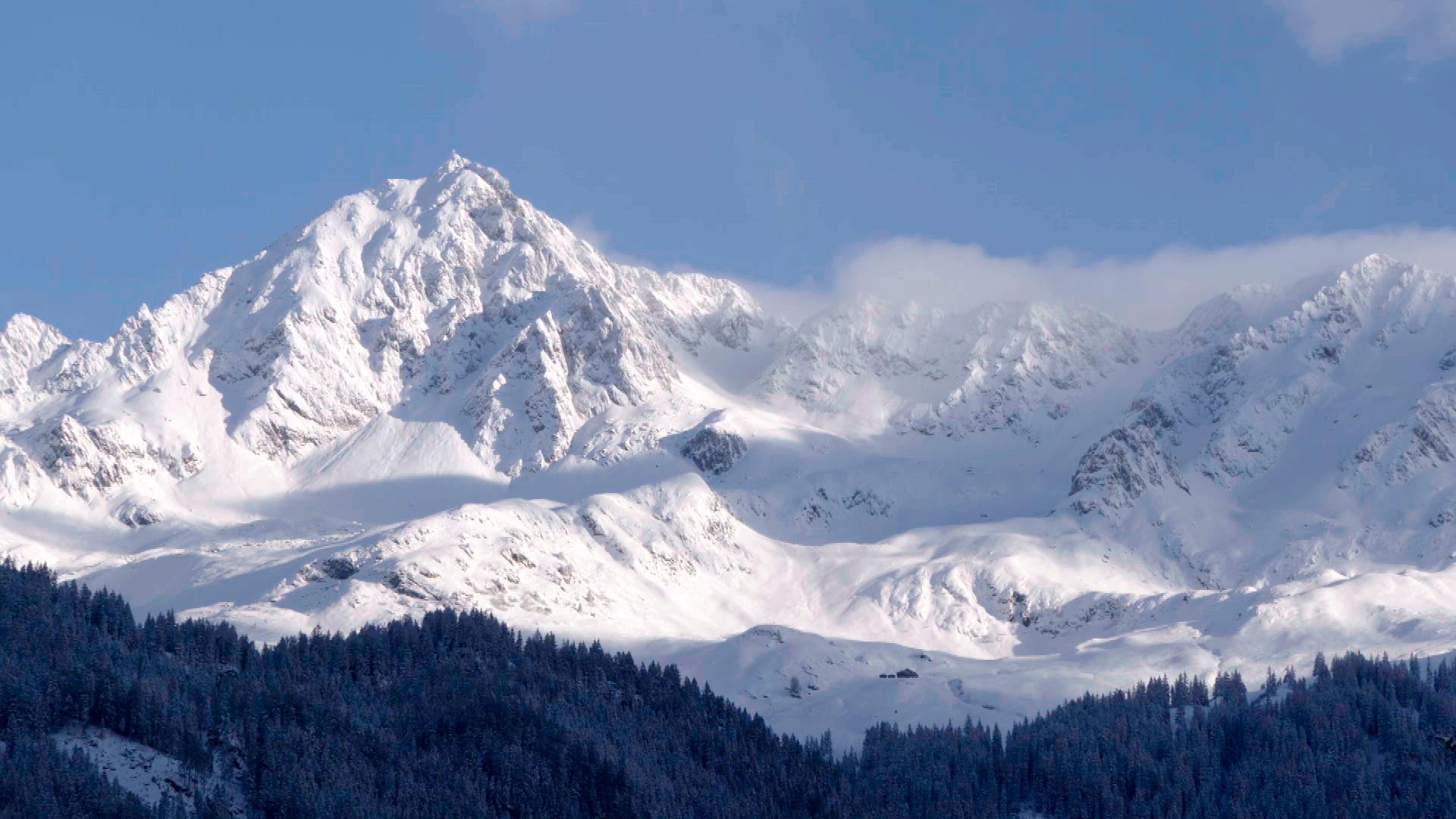 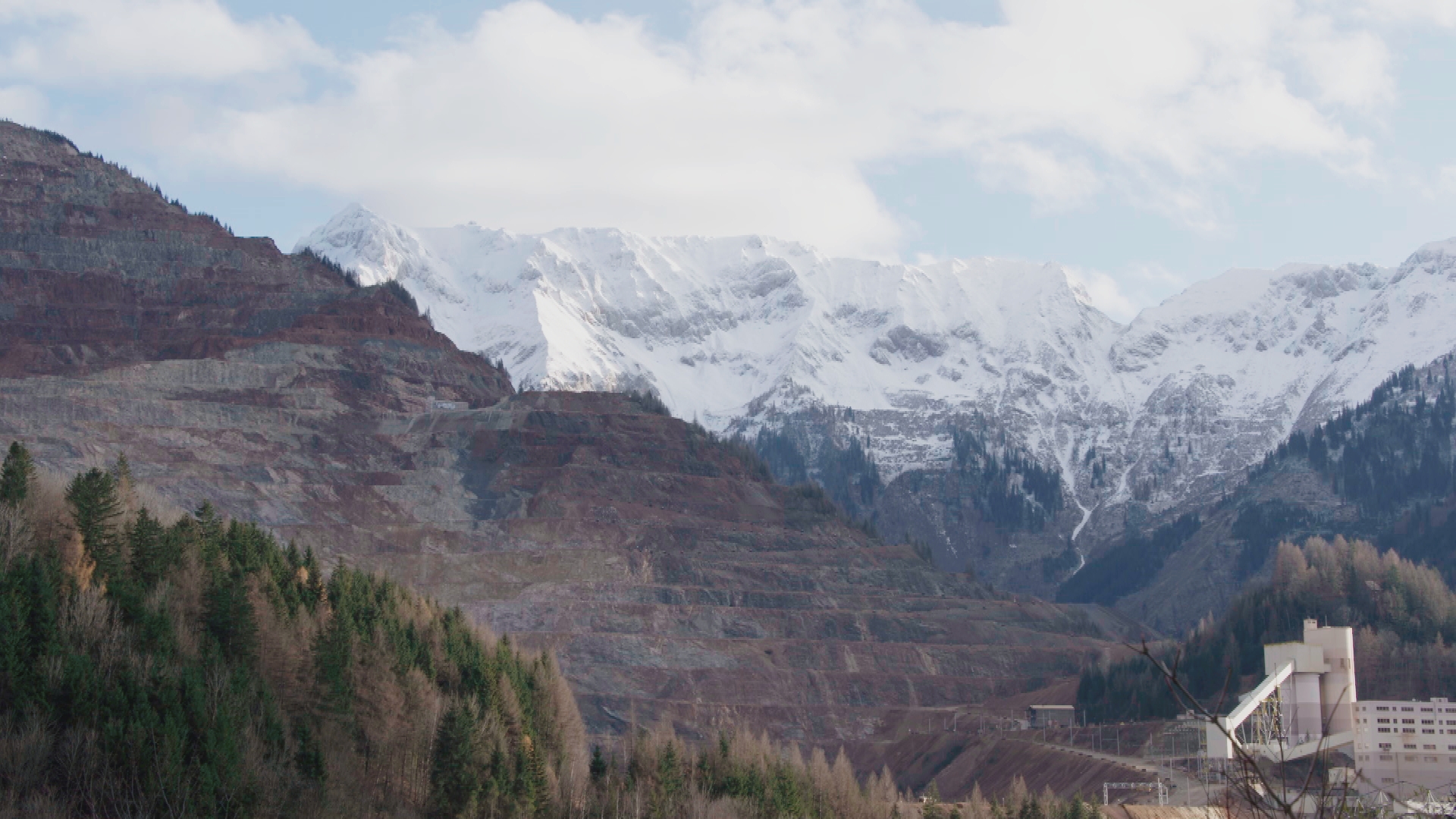 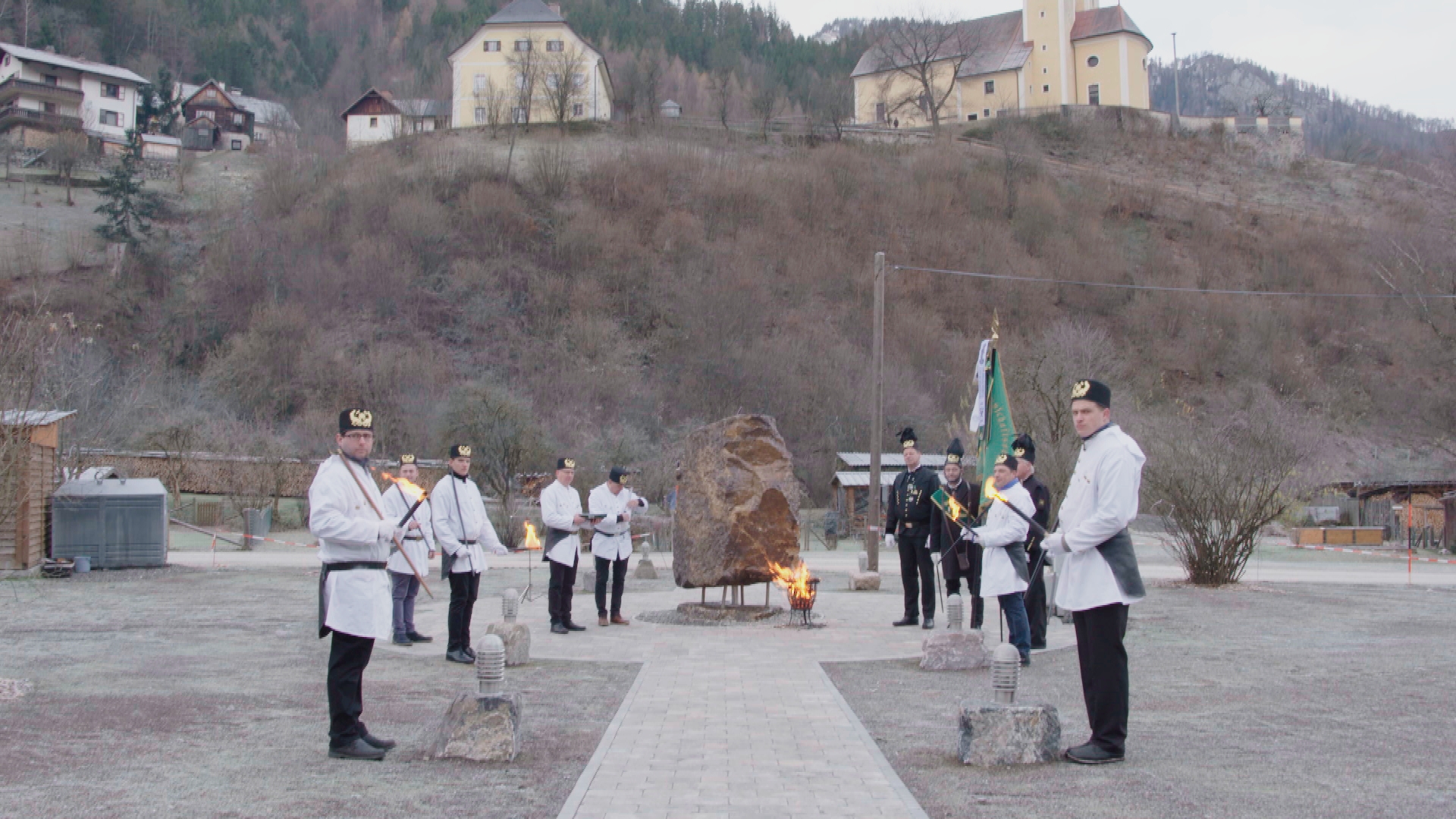 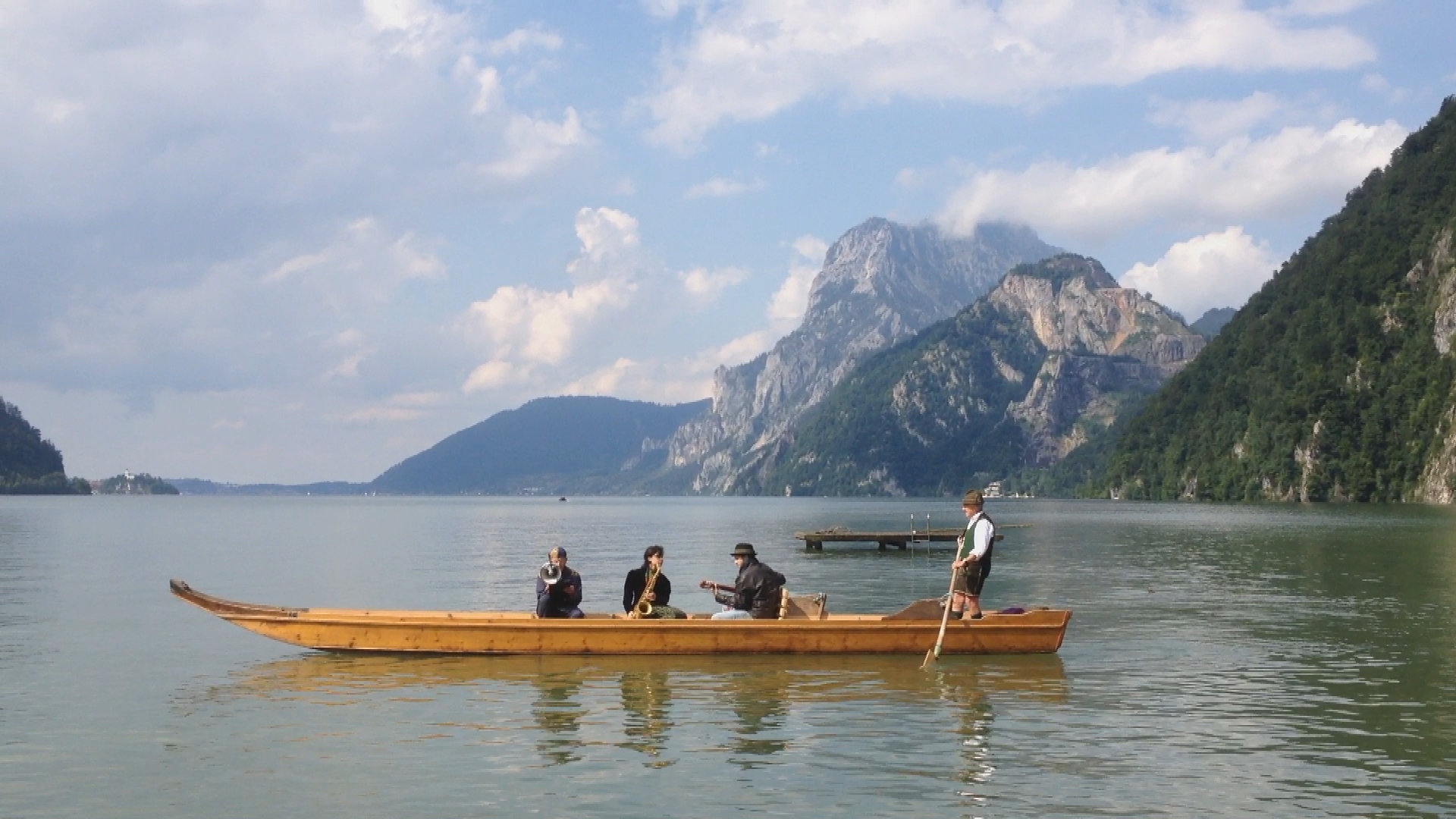 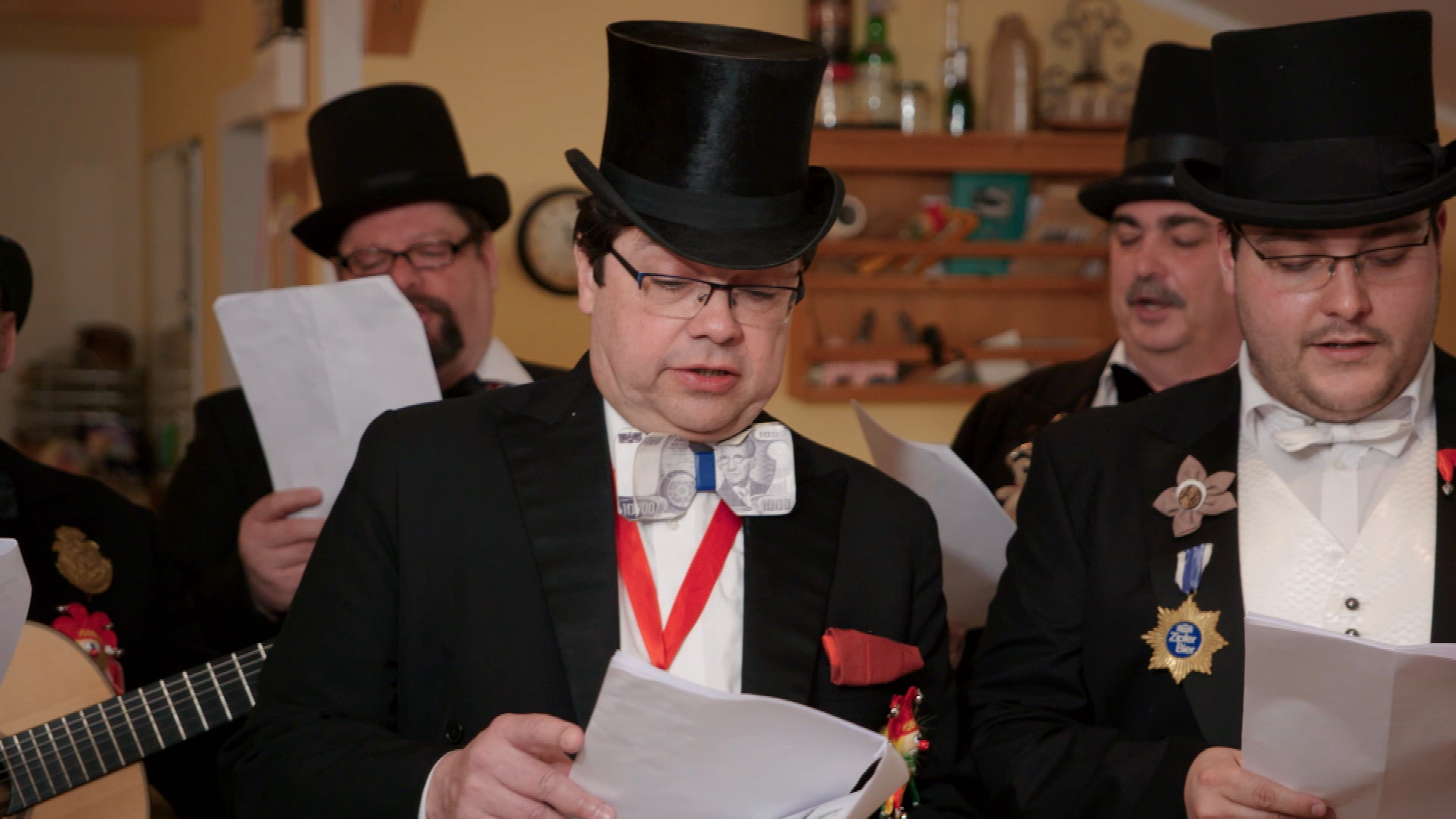 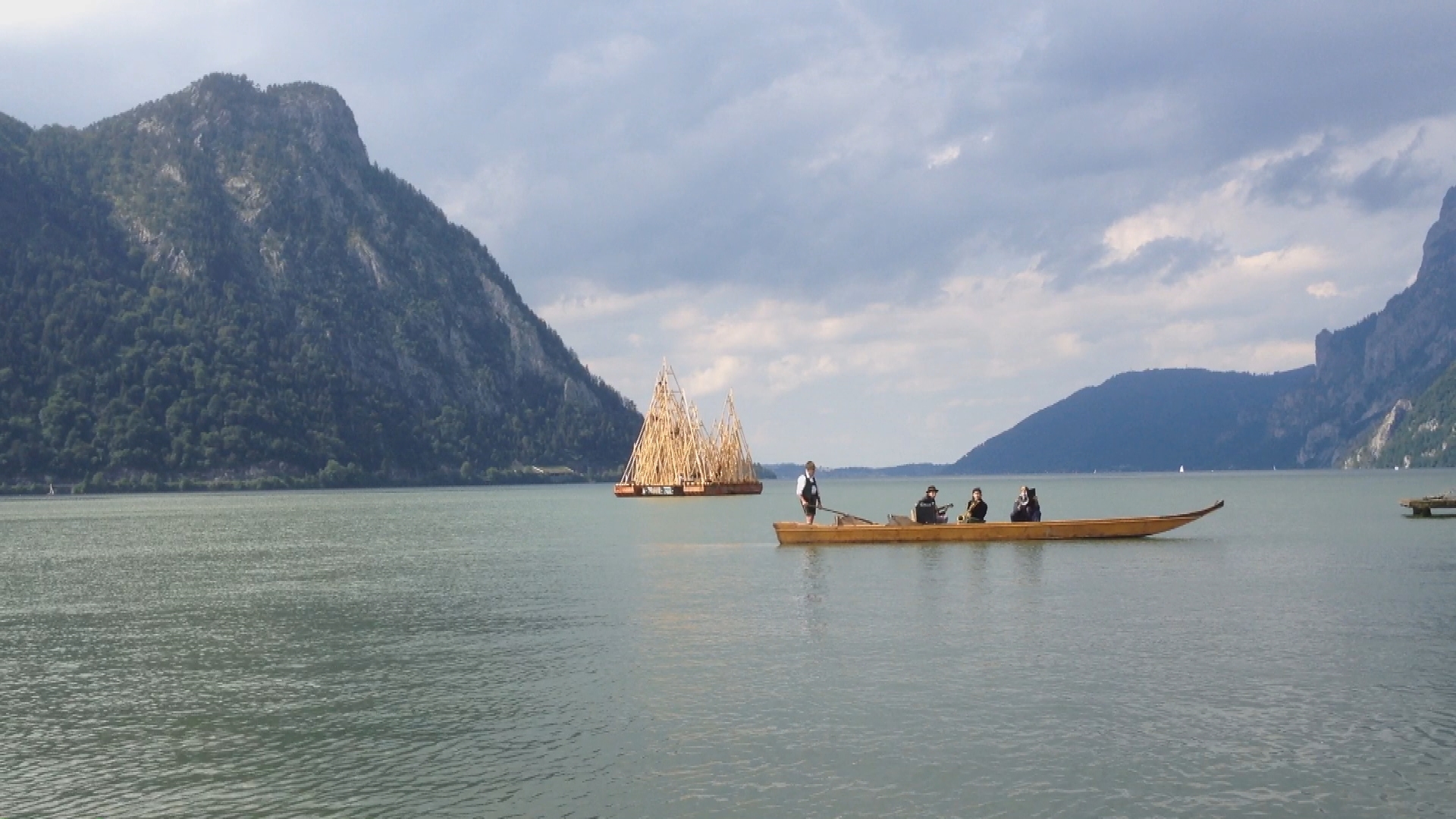 Life in the Gail Valley - A film about horses, alpine pastures and traditional church customs

Heimat Austria meets people in the Lower Gail Valley, who vividly represent the changes in people's everyday lives as well as bear witness to the fact that traditional church traditions have hardly changed in the last 100 years. At the center of the film is the church day in Feistritz an der Gail, which attracts numerous onlookers during the Pentecost holiday due to the spectacular riding tradition every year.

High above Hermagor on the Eggeralm, the hiking guide Georg Jost tells us how he brought tourists to the mountains, when he was a little boy. The landlord Rudi Jank remembers how to carry the water for the day to the house, and for the farmer Thomas Novak as a child, the summer in the mountain pasture was a single adventure.

Down in the valley, the church day was and is the big cultural event of the year. Milka Kriegl remembers how one used to spend the church holidays, with hardly any changes to notice if you follow church holidays in Feistritz or in another Untergailtaler community. Apart from the singing about which the Gailtal song collector Franz Mörtl has much to say, it is especially important to wear the traditional costume. This is not only presented in the film by the tailor Diana Erat in her Greißlereimuseum in Arnoldstein, but you can also see for example, two young Gailtal women, and the great effort they made to put on the Gailtal traditional costume.

The highlight of every Untergailtalter Kirchtag, the Kufenstechen, can be admired in the film extensively, with historical footage of Feistritzer Kirchtag from the post-war confirm that nothing has changed ever since.

Life in the volcano country - encounters with tradition and pleasure

The south-east of Styria has been remembered for its volcanic origin and has therefore been given itself the name Styrian volcanic land. This agricultural region, where fruit and wine growing, has always been of great importance, it has changed dramatically in recent decades. Many farmers started to think about the quality of their agricultural products and now offer very successfully high quality wines, juices or meat products. Much of this positive change has been helped by the rediscovery of basketry, which has made people aware of the interplay between culture and nature.

In Heimat Austria, old basket weavers talk about the importance of wicker baskets in the past, and why they still come together today to make baskets and other objects of daily use in accordance with the traditional techniques. But there are also farmers like Toni Krispel, who uses the basalt rocks of the volcanic land to give his bacon and his wine a special quality. The question of how winegrowing in the region has generally changed, and what is going on with the Pinot Grigio, which winegrowers like Ewald Tropper cultivate over the last few years, will also be investigated.

With the landlord and collector Erich Wiedner "Heimat Austria" brings a true factotum into the picture. Wiedner, who is known only as the Bulldog host, has built numerous barns around his tavern in recent decades, which he has cleaned up with household effects, utensils and other folklore evidence of Southeastern Styria. Wiedner also remembers his mother, who after the war after the early death of her husband courageously set up the business alone.

An ecologist comes to speak with Bernd Wieser, who emphasizes the peculiarities of the climate, which is home for many plants and animal species in the volcanic region, and which is otherwise found only in the Balkans. He also points out the importance of rediscovering basket weaving in the region, as it preserves the grazing landscape of the southeastern Styria.

The Stanzer Valley in the western part of Tyrol is especially famous for the ski resort of St. Anton, from which the Arlberg was developed for tourism. Heimat Austria looks behind the scenes of the tourism branch and meets people who tell of the harsh conditions in which they grew up. In the region, the equitable distribution of alpine meadows and water ensures the survival of the farmers in the valley, was and is of central importance. A festive highlight every year is the Almabtrieb, where, as in the village of Pettneu the shepherds are thanked every year for their care for the animals in the pastures.

For hundreds of years, the pastures are managed by the two-thirds court. The communities determine a ruler, who then takes care of the distribution of the animals and the order of shepherds. Governor Alfons Falch tells us about the beauty and challenges of his profession. The shepherd Gerhard Egender, who describes why life in the mountain pasture has captivated him from an early age, also has his say. Also several older Pettneuer tell their stories, all of them experienced the Nessleralm as children, either to provide the shepherds with food, or to work as a shepherd boys in the Alm.

Essential for the economic survival in the region was railway construction closely linked with tourism. Most people work in the Stanzer Valley, for the railway or are at least engaged seasonally in ski schools or hotels, or rent out their own rooms, remembering the simplicity of accommodating guests in earlier times. Historical footage shows that almost 100 years ago, most of the farms were run on a sideline, and even then the farmers, as station managers or mountain guides, earned extra income.

The schnapps distiller Stefan Notdurfter is also visited. He irrigates his orchards, which he lovingly cultivates, with the water of the Waale, an ancient irrigation system that is still very important for the fair distribution of water in the valley.

Winter in Montafon - experience in dealing with the avalanches

The valey of Montafon is presented in every detail to the audience in the film about the avalanches. Man and nature, culture and landscape are presented as a harmonious whole, at the center of which the intangible world heritage is located.

The acquisition of knowledge about avalanches has been necessary in order to survive there since the beginning of the use of the Alpine region and was carried out primarily by alpine organizations, inhabited families, in schools or affected professional communities (hunters, farmers, etc.). To date, teh occurance of avalanches cannot be fully predicted by scientists. Therefore, the stress is placed on the importance of experience in dealing with natural hazards.
The rules to deal with avalanches the Monatfon valley are based on the existing measures, the history and techniques to protect oneself and to survive. In addition to the specialist knowledge, the film also gives an insight into how people deal with the forces of nature in winter by telling their stories - the narration of these stories became an intangible cultural heritage in Montafon, about which we also tell in the film. Since the subject of avalanche danger affects several federal states, a detour is also made via the Arlbergins Alpinarium Galtür, where a museum commemorates the major avalanche accidents of the past 20 years.

History of the Upper Drava river

The areas of the Upper Drava river are extensively presented in the film about the history of rafting. Man and nature, culture and landscape are presented as a harmonious whole, at the center of which is the intangible world heritage

Every year each of the six villages builds a raft and goes down the last Austrian rafting route of the Upper Drava to keep the old tradition alive. The Drava river served as an important West-Eastern connection until the 20th century in Carinthia and from the 17th century was considered to be the "Carinthian wooden road" for the sawmills and later regional cellulose factories. Round and sawn timber, iron products and other goods used to be rafted down the Drava river.